Yesterday was a holiday here in Canada, so I forgot to post my usual weekly update. Instead I took the whole day off just for some me time, and it was worth every second.

I had a loss of only .2 pounds this week, but any loss is a success for me and I was prepared for it for a couple of reasons. For one thing, I had quite a large loss last week and I’ve noticed that my losses seem to go in cycles; a week where I have a fairly significant loss, followed by a week or two where I have much smaller losses. Plus, I ate out 4 times last week. I did watch what I ate, and was careful to choose good foods that were similar to what I would eat at home, but it was a lot of guess work to figure out points for them since I didn’t have a full list of ingredients and couldn’t weigh and/or measure everything.

And now I want to share with you a recipe that I found recently which has quickly become one of my favourite dishes. 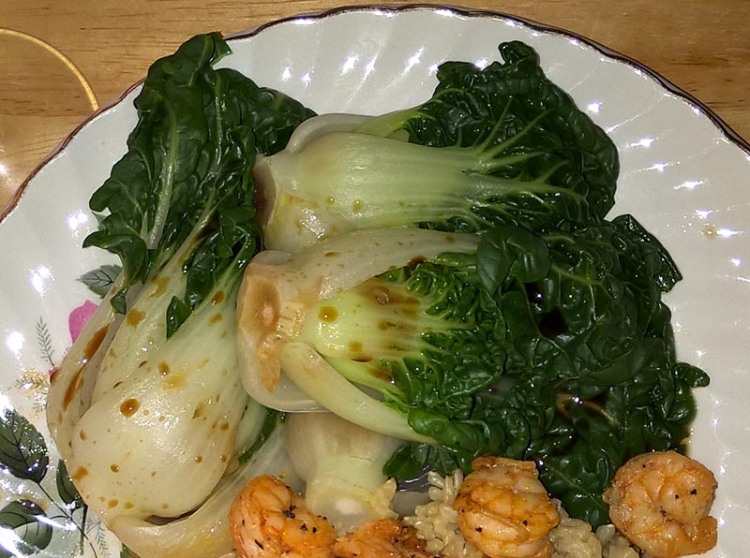 I never, ever thought I would be making a recipe from Martha Stewart (mostly because the dishes I’ve seen her make were just too fancy, and I didn’t have the ingredients), but I recently tried this recipe for Ginger Sesame Bok Choy  on her website and gave it a try. The best part of it is, if you are following Weight Watchers it is zero points per serving (really it’s zero points for the whole recipe), so it’s something that you can have with your meal to help fill you up. Plus it’s delicious, and so, so easy! I encourage you to give it a try!