It’s no secret to most of my friends that of the so called regular types of tea, Earl Grey is my favourite. I was intrigued then, to see that today’s tea is Cream of Earl Grey. I’m pretty sure I haven’t tried it before, and it surprises me, because if I had seen it, I’m pretty sure I would have bought some based on the name alone. 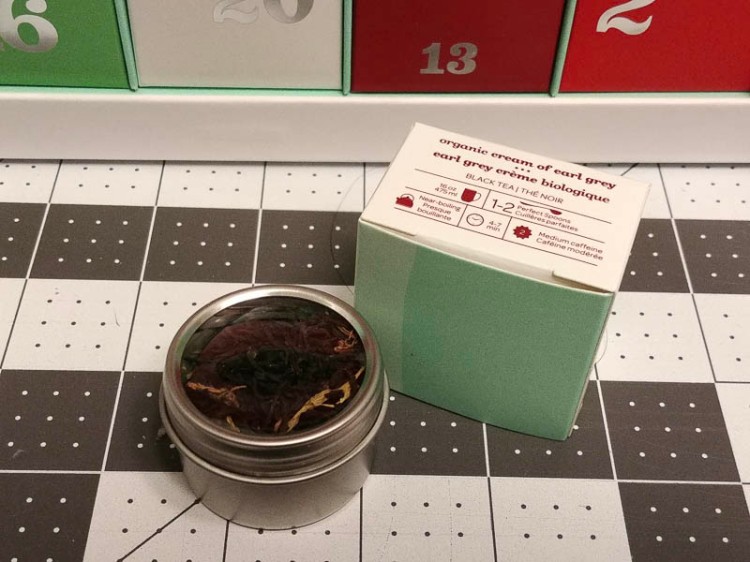 This tea smelled nothing like Earl Grey. It didn’t have that lovely scent of bergamot that Earl Grey has. It did however smell a lot like vanilla, which made it less of a surprise when I checked the website to find out that it contains vanilla bean. Like Earl Grey, Cream of Earl Grey is a black tea, so I steeped it for 5 minutes in nearly boiling water. The vanilla scent was even more prominent after steeping.

Taste wise, this tea was delicious! It had just a hint of natural sweetness, and had a creamy vanilla flavour. Even after steeping for 5 minutes, it was mild enough that I didn’t need to add any milk to it. It really was lovely, and just the way to end a long Monday, with one of my cherry tarts from the Fantastic Bake Along! 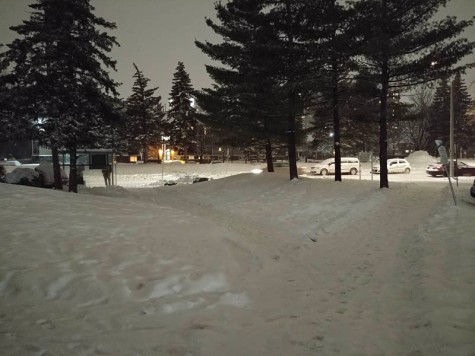 And for a bonus, I was out with Truffles tonight after dark and tried to get a couple of snowy pictures to share. I live in the city, so the scenery is not terrific, but these pictures didn’t turn out too badly. It was actually a lot darker than it look, but the snow provided just enough light for a halfway decent picture! I think it looks much prettier after dark in the photo.

I’m not a huge fan of snow, but since it’s here, I’m hoping that it doesn’t get washed away because the weather forecast was for rain tomorrow and Saturday.